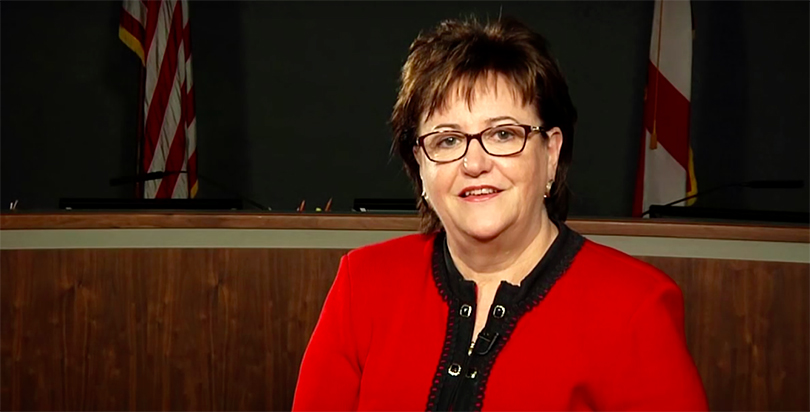 MaryEllen Elia became New York’s education commissioner in spring 2015, succeeding John King, whose departure for the U.S. Department of Education helped complete a contentious chapter in New York’s education politics.
Elia started her career in her native western New York, spending 19 years as a social studies teacher in Buffalo’s Sweet Home Central School District and then moving on to administrative roles.
Before returning to New York, she had been superintendent of Hillsborough County schools in Tampa, the eighth largest district in the country, for 10 years. She was named Florida’s 2015 Superintendent of the Year by her peers across the state, but the Hillsborough school board was less enthusiastic; a month after her award, it voted 4–3 to oust her.
Elia now presides over nearly 700 school districts and more than 2.6 million students at a time when education policy in states with new, energetic Republican majorities are moving swiftly toward a pro-school-choice agenda, enacting voucher programs and introducing charter schools.
Under Elia’s leadership, the controversial Common Core standards that King championed have been slightly, and quietly, revised. While she’s kept a markedly lower profile than her predecessor, she has had an active tenure.
When she does grant interviews, Elia gives little away, unsurprising for an administrator who has persisted for more than a decade in every major position she’s held in her 45-year career.
As students gear up for the second round of annual state tests in May and the Board of Regents anticipates the implementation of as-yet-unknown federal education policies, Elia spoke with The 74 about some of the most important initiatives she’s led since taking the job almost two years ago — and what’s ahead.
This interview has been lightly edited for clarity and length.
The 74: Early in your tenure, you inherited a new law Gov. Andrew Cuomo intended to spur improvement in New York’s worst-performing schools. If the schools didn’t make progress within either one or two years, the state would intervene, placing them under “receivership.” When your department found last year that dozens of schools had improved enough to come off the list, and subsequently released them, it prompted a dispute with the state budget department and a lawsuit over whether they could still access the $75 million promised to help them. In your estimation, is the receivership program working?
Let me point out to you there were some things that were put in this law — and this was crafted before I became the commissioner — and I identified within the first two to three months of being in the position some issues I thought were important for the legislature to be aware of, and I actually testified to those things.
Right, you advocated for slowing the process down, giving the 144 schools slated for receivership ample time to turn things around, as well as more funding for the department to implement the law.
So I think that yes … if you look at the work that’s being done in those schools, I think there’s a focus by those districts on what needs to occur and we’re seeing some growth. Now, the growth is not to the extent that I’d like it to be, but I will tell you that as we look at these indicators over time, we are seeing that the districts are really involved in making sure that, as a superintendent receiver, the superintendents are aware of the work being done in those schools, and there is more attention that we are keeping [on them] as the state ed department, and therefore we believe that these districts are more focused on. I’m out visiting these schools on a regular basis and seeing the growth that is occurring and the focus on students and what they really need for success, with an emphasis on resources being placed in those schools to provide the opportunities for those students to improve.
New York City has spent at least $550 million in the past three years trying to improve its most struggling schools and help its most vulnerable students through Mayor Bill de Blasio’s Renewal Schools program. Recently, he decided to move forward with several school closures, reversing an earlier decision to focus solely on alternative improvement efforts, like staffing overhauls and addition of wraparound social service supports. In your view, has the program been effective?
I can speak to the Renewal program as it relates to specifically the receivership schools in New York City. The work that I have seen, that has put additional resources into the Renewal schools to focus them on providing a community-based organization working with families in those schools and extending their community-schools concept to those Renewal schools, I have seen that those [efforts] have really focused more on supports for students.
There also is a renewed focus on staff development, particularly both for the leadership and for teachers. And we’ve seen there that, in fact, if you look at the number of schools that were at risk [of going into receivership] in New York, only one of those schools was unable to make the necessary changes to move forward. So I would say to you that the focus of the Renewal schools in New York City in my experience has shown that additional resources put into those programs and the supports for the leadership and the teachers has really made a change in the schools.

Now, we still have to make sure those changes are at a constant and increased pace, if you will, and those are the things we are watching very carefully from the state’s perspective in all of the receivership schools. The key components of receivership that I have seen be part of the program, I think are making a difference in those schools.