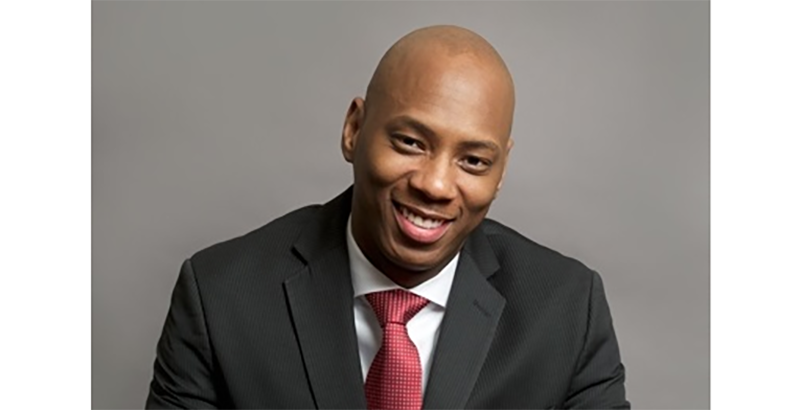 New Orleans is in the midst of a great experiment.

In the wake of Hurricane Katrina, Louisiana leaders famously turned the district into a nearly all-charter operation under the supervision of the state-run Recovery School District. More than a decade later, the state legislature passed a new law to return control of those schools to the locally elected Orleans Parish School Board. All schools in the city, which will remain charters with the attendant autonomy, will come under the elected Orleans Parish School Board by July 1, 2018.

The man in charge of that transition is Henderson Lewis Jr., who was chosen to lead the Orleans Parish district in 2015. He had previously served as superintendent in Louisiana’s East Feliciana Parish and as a charter school leader in New Orleans.

New Orleans is, of course, an all-choice district, with charters and a few district-run schools accessible through a common application, but Lewis is skeptical of large, unregulated school choice programs like the type Education Secretary Betsy DeVos has advocated.

(The 74: DeVos Hints at ESSA as Means for Feds to Push School Choice but Downplays Federal Oversight)

The oversight of schools in New Orleans has “made all the difference for the progress we’ve made so far,” Lewis said.

Lewis spoke with The 74 earlier this year at the Council of Great City Schools legislative and policy conference in Washington, D.C., where DeVos touted new ESSA flexibility and her long-standing belief in private school choice.

This conversation has been lightly edited for length and clarity.

The 74: New Orleans is in the middle of the process of transitioning its schools from the Recovery School District to the Orleans Parish School Board. How’s that going?

Lewis: It’s going well. We have a great partnership with the Recovery School District. It’s a joint effort between the two agencies to make sure that when all schools are under Orleans Parish School Board, or OPSB, once again, that’s a very smooth transition.

What’s your long-term vision for schools in New Orleans?

We’re working on our long-term vision, but where I am, as I look at the school system and where it’s been and where it’s headed, [my vision is] that every single student from every single neighborhood, that they would have access to great public education in a great public school, whether it’s in their neighborhood or if they decide they want to attend a school in another area of the city. [My goal is] that we have created a very diverse school system that meets the needs of all of our students that we’re serving.

There has been a big change in the racial makeup of New Orleans’s teaching force in the years since Katrina, and there are now far fewer black teachers, and teachers who grew up in the city, than there were before the reforms. Is that a concern, and if so, what are you doing to remedy it?

My greatest concern is to make sure that in every single classroom, that the students are being taught by a highly qualified individual who is working to meet the needs of the students they’ve been hired to serve. That’s the most important thing for me.

[Lewis followed up later to note that he knows it’s important that students have teachers who look like them. The district has partnered with Xavier University of Louisiana, a historically black institution, to help recruit new teachers to the district and provide an alternative certification program for city residents who have college degrees in other fields but want to become teachers.]

I graduated from public school. I’m a public school guy. That’s who I am. I believe that we have great public schools and that in every school there’s room for improvement, so how do you find ways to continue to have schools improve?

I believe empowering teachers, those who are closest to the students, is very, very important, and [so is] being able to have students have access to great public schools, so [we should create] a system to allow families to select those schools.

As far as vouchers are concerned, if vouchers are going to be given to students, it should be to the neediest students who are attending schools in areas where there’s not a great public school. But again, for me, first and foremost it’s that public education works.

Louisiana’s system allows poorly performing private schools to lose eligibility to participate in the program. Is that a qualification you think is important for a national program?

My first response is, “I’m about public schools,” but if vouchers are going to be, No. 1, like I said before, look at the students who would need the vouchers, but No. 2, hold those schools to the same standard that a public school is being held to. If that particular private school is not meeting the standards, then the dollars should be pulled away from that particular school.

The biggest story in education right now is implementation of the Every Student Succeeds Act. How’s it going in Louisiana?

We have had a lot of work happening around our state. Actually later this month our state school board superintendent is going to be presenting the recommendation for approval. As superintendent, we participated in various committees and had conversations, so I believe what’s being presented in Louisiana at this time is a compromise to all the various stakeholders and their views…

[After some disagreement between Gov. John Bel Edwards and Superintendent of Education John White, Louisiana submitted its ESSA plan in April, and it was approved by DeVos in August. The state will continue to require local school districts to offer public school choice to students in schools given an F in the school rating system. Louisiana schools seeking an A grade must have a 90 percent graduation rate, as well as students with “full proficiency of literacy and math skills.”]

I know there’s a lot that’s happening on the national level in reference to pulling back [on accountability] and all those things. That concerns me. It concerns me for several reasons.

One is that, from the federal level, will they have the broad oversight over schools? Also I have to think about, if it’s being pulled back and whatever the alternative is going to be, will it affect the federal grants that we have and the funding? And third, as we look at ensuring equity, looking at children of color, students from low-income homes, and our special needs students, looking at those groups of students to see if there is going to be something different presented, what’s going to be the impact on those students?

I do believe, I would hope that — of course, there’s some uncertainty here now — but I would hope if more flexibility is given to the states that everyone remember who we’re serving and making sure that accountability is in place in states so that our most vulnerable students can continue to receive the services that are necessary for them to get and have the best possible education.

What are you looking to hear from Secretary DeVos later this afternoon?

More of her thoughts on school choice … In New Orleans, in my district, we pretty much have a district of choice for families, and so I just want to be able to see where she is going in that direction and how it compares to where we are in Louisiana and specifically New Orleans.

I feel that our model is probably different from the model of the administration, and it’s not the same model of, if you would, a traditional school district. We’re somewhere in the middle, which I see as a third way. It’s having choice but also with a strict level of oversight. I believe that has made all the difference for the progress we’ve made so far in New Orleans.

What advice would you give other districts who are looking to expand choice options?

… First of all, no district is the same, and there are different needs, but I believe what should be the same is, one, you empower those who are closest to the students to do what they feel is best.

You make sure that there is a strict level of oversight so that … whether it’s the superintendent or the school board, the commitment that you have to your community, you have something in place that is ensuring that students are progressing, and if they’re not, that you’re able through your oversight to address it.

And then finally, being able to have a method of allowing families to access various schools within the district. I believe those components have been very, very helpful and have contributed to our success in New Orleans. But if you look at those three, it doesn’t necessarily say you have to be a charter school to do that.

Finally, what has surprised you the most since taking this job?

(Watch The 74 Documentary: Big Gains in New Orleans’s Schools After Katrina, Big Goals for Next Decade)

When I first started having conversations about unification and those schools in the Recovery School District coming back, [there were varying opinions, including] “Yes, that should happen,” “The time is not right,” “Not sure if we ever want to do that,” “[Look at] what happened in the past,” and the list goes on and on.

But before I finished my first year, we were working hand in hand with the Recovery School District, various stakeholders, to actually go to state legislators to say it’s time. Schools need to return back to the local school board, and within my first year, to have a bill passed to unify the school district. I think that has surprised me the most, but what has encouraged me about it is those who are on the front line with the students, they continue to do great things, and I believe, through unification, as a system we are only going to get stronger.