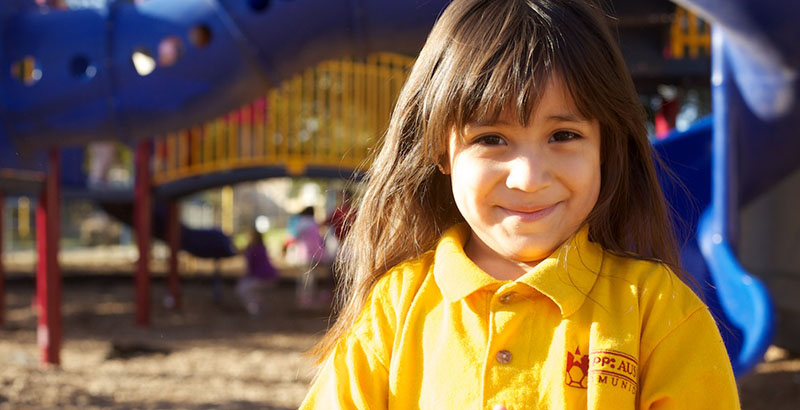 KIPP Public Charter Schools, one of the country’s most established and prolific charter networks, has embarked on a new phase in its institutional growth.

On Wednesday, the four regional KIPP networks in Texas announced their merger to form KIPP Texas Public Schools, a single statewide nonprofit that will serve 27,700 students — 25 percent of KIPP’s national student population — across 52 campuses in Austin, Dallas–Fort Worth, Houston, and San Antonio.

The statewide network will be led by CEO Sehba Ali, former superintendent of KIPP Houston. She anticipates new opportunities for growth and innovation but said that major initiatives weren’t necessarily imminent.

While “we can’t do everything at once,” Ali said, aligning curriculum, professional development, and teaching practice is a top priority.

The idea came up over dinner 18 months ago, Ali said, when the regional CEOs were discussing how economies of scale benefit large school districts. They also noted the variety of success and innovation in each KIPP network. It became clear, she said, that each one had something to gain from joining forces.

“As an organization, we wanted the exact same thing for our kids,” Ali said.

In addition to administrative efficiency, every campus will gain access to stronger curriculum, teacher training, and professional development. Any money saved by streamlining administrative costs will be pumped back into campuses, KIPP spokesperson Ieesha Collins said.

As an example of improvements to come, Mark Larson, founder of KIPP San Antonio and now chief growth officer of KIPP Texas, said he anticipates enhanced offerings in English and math for students at KIPP San Antonio.

“In both of those there is a more robust and more rigorous approach to those than what KIPP San Antonio could provide on our own,” Larson said.

KIPP Through College, the advising and support program that helps KIPP graduates get to and through college, also stands to benefit greatly by consolidating into a statewide network, Larson said. Most Texas students stay in-state for college, so the centralized service will feel more consistent across high school and college.

KIPP Alumni Leadership Accelerator: Realizing the Belief That Its Graduates ‘Are Going to Be the Change Agents of the Future’

Outside of inevitable logistical hiccups, Larson and Ali anticipate minimal hurdles as they streamline curriculum, professional development, and services like KIPP Through College. The culture and mission of the four regions are already congruent. Each region will have a superintendent with a long history in the network.

As KIPP Texas, Ali and Larson anticipate even more cohesion — and more growth. Each region has its own expansion plan, but more rural regions of the vast state are untouched by KIPP, with fewer charter schools in general.

“We certainly anticipated that in a few years. we’ll be able to consider new markets,” Ali said.

Growth, even in charter-friendly Texas, is a political battle. At the heart of the conflict is funding. In Texas, as well as most other states, public schools are stretching every dollar and constantly fighting for state and federal funds. Charters compete for the same funds and are lobbying for a larger share of the budget as they expand to serve more students.

Representing more students and more campuses, KIPP Texas will have a stronger presence in those discussions, said Collins, the Texas spokesperson.

Charter networks confront these tensions in different ways. Some networks have entered “third way” partnerships with school districts, sometimes coming under city and state governance to create a portfolio of options for families. Ali and Larson hope that KIPP Texas will represent another option for charter networks to grow, stabilize, and improve student outcomes.

KIPP networks serve a much higher percentage of economically disadvantaged students than the state average. Low-income students typically take the ACT at lower rates than their middle- and high-income peers. They also tend to have lower scores, according to ACT’s Center for Equity in Learning. However, KIPP students in the Austin, Houston, and San Antonio networks take ACTs at a rate far above the state average of 45 percent, with Houston and San Antonio closing in on 100 percent, and Austin at 89 percent. KIPP Dallas–Fort Worth does not have a high school. KIPP’s average ACT scores are just below the state’s, according to state education data.

When it comes to state testing, data show that KIPP San Antonio and KIPP Houston performed better than San Antonio ISD and Houston ISD in 2017, while KIPP Austin and KIPP Dallas–Fort Worth performed slightly worse than their district counterparts.

The goal of the merger, KIPP leaders explained, is to capture the best of a large system without getting bogged down in the type of district bureaucracy for which charters were meant to be an antidote.

Most of the change is happening at the top and will barely be noticed at the campus level, Ali said. Decisions that affect students directly will continue to be made by the leadership closest to them — principals. Campus autonomy is part of the KIPP philosophy, she said, and a crucial factor in the network’s success.

Ali and Larson are not concerned that the larger network will lose its grip on the Knowledge Is Power Program brand.

Although principals are empowered to make decisions, Ali and Larson have never seen one “go rogue.” Training and support, along with a shared language and culture, have a lot to do with the network’s growth across 20 states and the District of Columbia, he explained. While charter laws and political climate differ from state to state, KIPP’s philosophy is consistent.

“Once we have folks there, we move much, much faster, together,” Larson said.

Since the first KIPP campus opened in Houston in 1994, the network has always tried to keep an eye to the future, looking for ways to lead and improve the charter movement so that students reap the benefits, Larson said.

“This feels like a very natural and smooth next step in the evolution of who KIPP is here in Texas.”

Disclosure: Walton Family Foundation, The Eli and Edythe Broad Foundation, the Bill & Melinda Gates Foundation, and the Carnegie Corporation of New York provide financial support to KIPP and The 74.