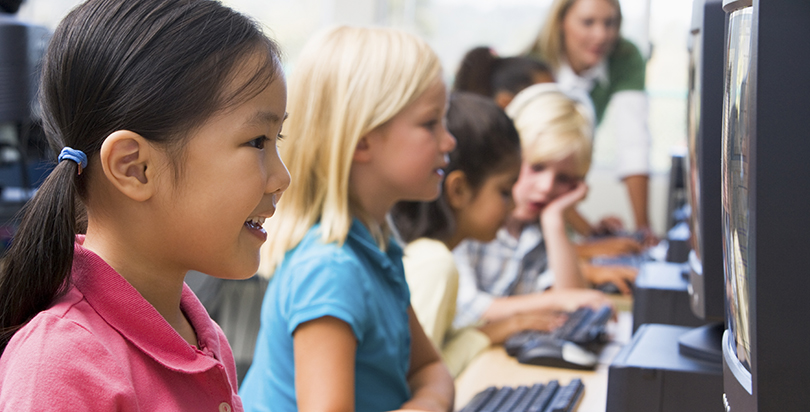 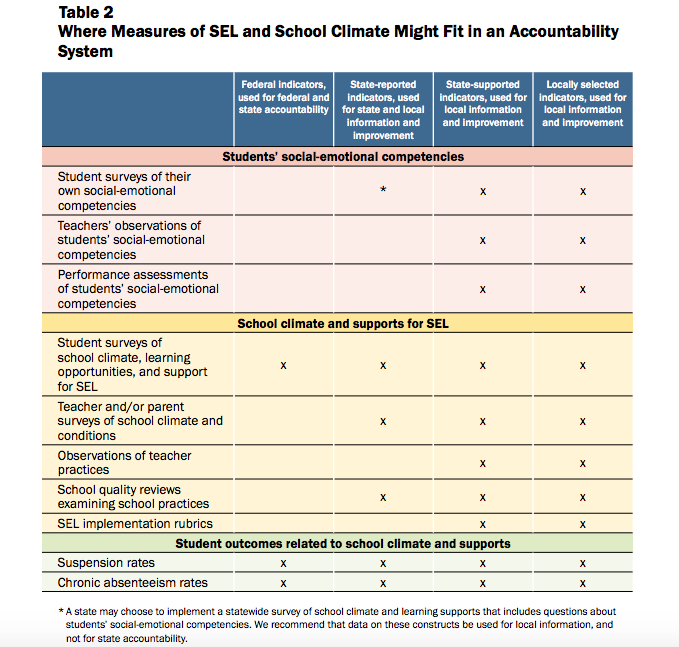 Photo: Learning Policy Institute
Just because states aren’t using climate surveys as an accountability measure, that doesn’t mean they aren’t taking responsibility for both. A new brief from the Collaborative for Academic, Social, and Emotional Learning details all the ways states can incorporate SEL into their ESSA plans, and none of these exclusively mandate using them for accountability measures. CASEL is developing an assessment work group to create practical and scientifically backed measurements for social and emotional learning.
“A lot of the work with ESSA allows states to think in broader ways about what school quality is. The specific percentage is less important than the fact that Illinois has taken a step to say, ‘Hey, this is important,’ ” said Roger Weissberg, co-founder and chief knowledge officer at CASEL. “I would like to see all 50 states say that climate is important, and we would like to give kids and teachers a voice in saying what their perception is.”
Based on stakeholder feedback that other states included in their ESSA plans, the weight given to climate surveys may continue to evolve nationwide as well.
“One of the things that’s wonderful about ESSA and the process that we’ve gone through in Illinois, having over 100 stakeholder meetings and getting 3,500 pieces of stakeholder feedback through the past 15 months, is we plan on continuing to evaluate our process,” said Illinois State Board of Education Federal Liaison Melina Wright. “While yes, right now it is a participation metric, we’re going to continue to evaluate and monitor if it’s working, and if it’s not we’ll take steps to evaluate it then.”
Submit a Letter to the Editor
April 30, 2017