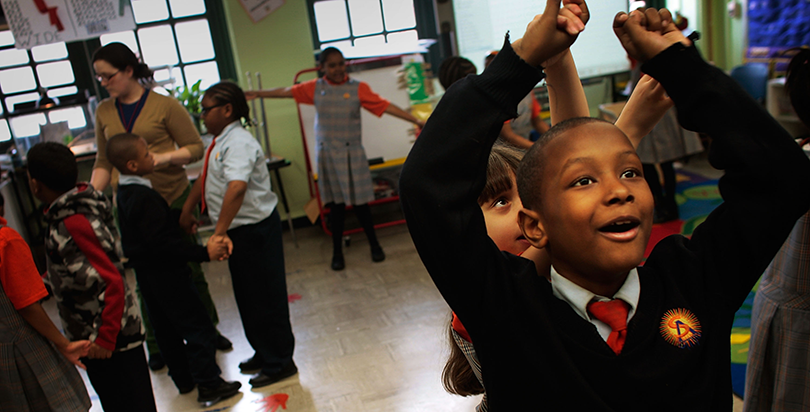 Updated May 19; a version of this article originally appeared at The 74's partner site, LA School Report
Three charter management organizations (CMOs) were named as finalists for the 2016 Broad Prize for Public Charter Schools, the National Alliance for Public Charter Schools and The Eli and Edythe Broad Foundation announced Wednesday.
The finalists are Success Academy Charter Schools in New York, IDEA Public Schools and YES Prep Public Schools. IDEA and YES Prep are in Texas, but IDEA announced recently plans toexpand for the first time beyond Texas and is eyeing numerous other states for new schools, including Washington, Ohio and Maryland.
The winner of the $250,000 prize, which is given to the best-performing CMO serving significant numbers of low-income students and students of color, will be announced June 27 at the National Charter Schools Conference in Nashville, Tenn.
The finalists are determined by a seven-member review board of national education experts who review “publicly available student performance and college-readiness data from the 2014-15 school year for 30 of the country’s largest public charter management organizations, compiled and analyzed by American Institutes for Research,” according to the Broad Foundation.

Congrats to @IDEAschools @SuccessCharters & @YESPrep on being named to the #BroadPrize top 3, and thank you for all you do for students.

“The Broad Prize is an opportunity to celebrate the success of charter schools that are improving academic performance while reducing achievement gaps,” said Nina Rees, president and CEO of the National Alliance for Public Charter Schools, in a statement. “These three school systems are doing a phenomenal job of teaching all students and preparing them for a strong path ahead, and we really hope that public schools across the country can learn from their success.”
Priscilla Wohlstetter is a professor at Columbia University’s Graduate School of Education and has been on the review panel since the charter award was first given out five years ago. She explained that among the criteria the review panel looks at, larger CMOs tend to be favored because evidence of having a replicable model is ranked high.
For more than a decade the foundation also awarded an annual $1 million prize to a top school district in the nation, but paused the prize in 2015 after saying a worthy district could not be found. 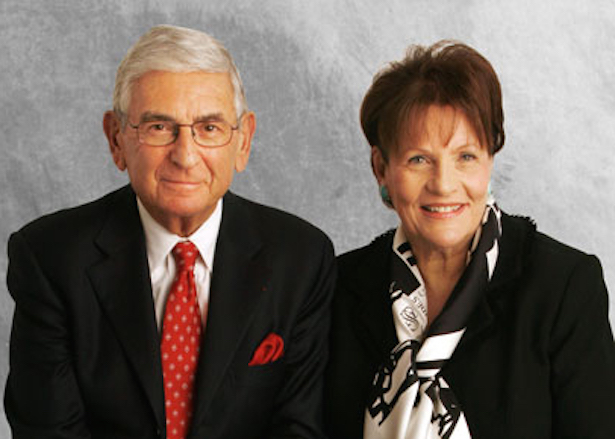 Eli and Edythe Broad
“In this fifth year of The Broad Prize for Public Charter Schools, we had the highest number of eligible charter management organizations, which demonstrates that these systems are growing and serving more low-income families and communities of color,” McGinity said in a statement. “These three charter organizations are proving that all students can achieve at high levels, and we’re pleased to recognize their continuing progress.”
The Broad Foundation and National Alliance for Public Charter Schools provided the following descriptions of the finalists: 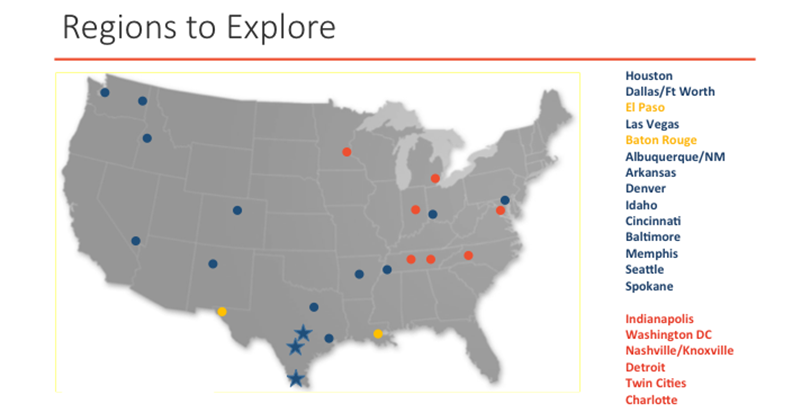 The blue stars represent current IDEA schools; the yellow dots represent schools expected to open in 2018. The blue dots represent regions of interest for future growth where IDEA has connected with local leaders, while the red dots are regions that IDEA is interested in exploring but hasn’t communicated with.

Disclosure: The 74's editor-in-chief, Campbell Brown, sits on the board of Success Academy. She had no part in the editing of this article.
Submit a Letter to the Editor
May 19, 2016