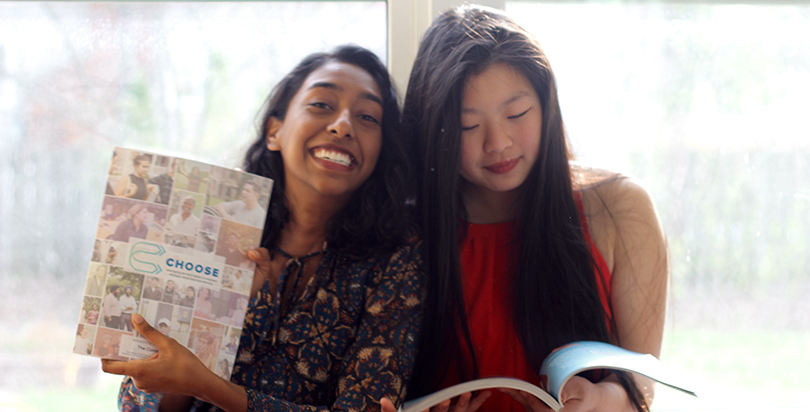 A lunchtime conversation among friends proved a point Priya Vulchi had known for a long time: Her millennial peers don’t know how to talk about race.
Vulchi had told them she wanted to start a racial literacy organization at Princeton High School in New Jersey, and one friend replied that there was no need for race activism on their campus. After all, she said, look at the diversity at their lunch table: There are Asian, black, and white girls sitting together.
“And I was, like, ‘OK, who’s the black girl?’ ” Vulchi recalled. “And she was like, ‘You.’ ”
Vulchi is Indian-American.
More convinced than ever of the need to expand kids’ ability to talk about race, Vulchi and classmate Winona Guo, who is Chinese-American, created a student organization called Princeton Choose. That was two years ago — and the duo, now seniors at Princeton High, are taking their campaign nationwide.
Vulchi and Guo just published a racial literacy curriculum called The Classroom Index, a 224-page textbook filled with personal stories from people of all stripes about race, as well as discussion points for use in the classroom. So far, they have distributed about 650 copies to individuals and schools in more than two dozen states. 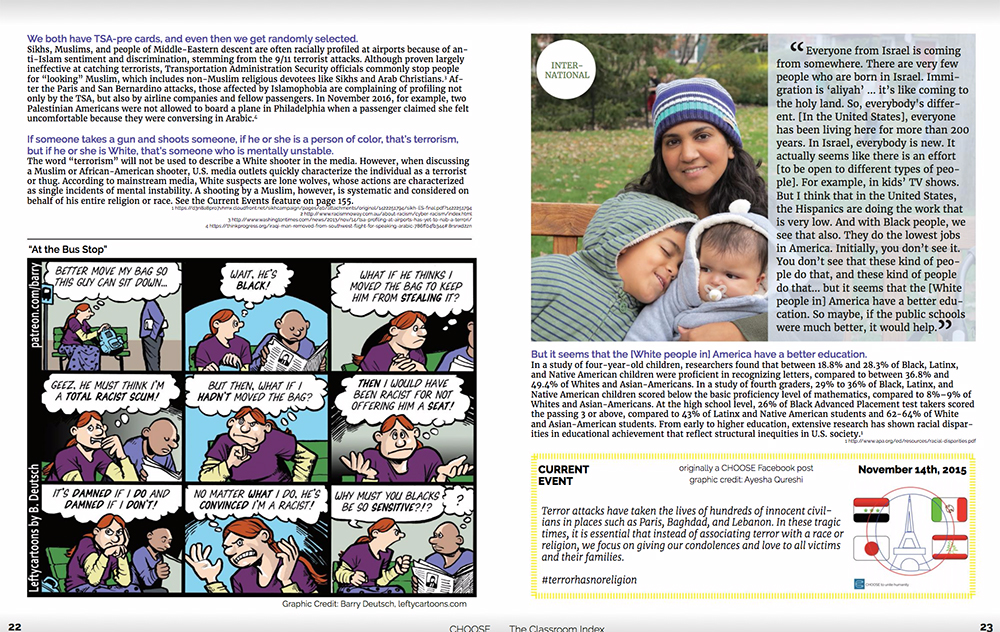 Their efforts have won them awards including Princeton University’s Princeton Prize in Race Relations, which recognizes high school students who promote understanding and respect among people of all races.
“There is this whole mindset that we are above the issue. We are beyond it. We should go over the next town over if we are looking to engage in social justice work,” Vulchi said. “This is because people have this misconception that the issue doesn’t exist. There is a complete lack of understanding and lack of appreciation for diversity and for multiculturalism.”
Vulchi and Guo got the idea for Princeton Choose as sophomores, after their U.S. history teacher started a conversation about race in class. It was one of the first times Vulchi and Guo had discussed the topic in a school setting.
They wanted to pursue the subject further but felt their classmates were ill-equipped to participate. So they hit Princeton’s downtown area and began asking strangers to discuss their personal experiences with race.
A Native American woman said she felt there was a robust conversation about African Americans’ “firsts” during Black History Month but little talk about the accomplishments of Native Americans. A third-generation Korean-American teenager shared a story about breaking down in tears in class after a fellow student sang a racist song. A woman who is half white and half black spoke about being misidentified as Latina and feeling out of place among both sides of her family.
“Being biracial is interesting, because you always feel like you’re not white enough or you’re not black enough, and you’re just this in-between mix,” she said. 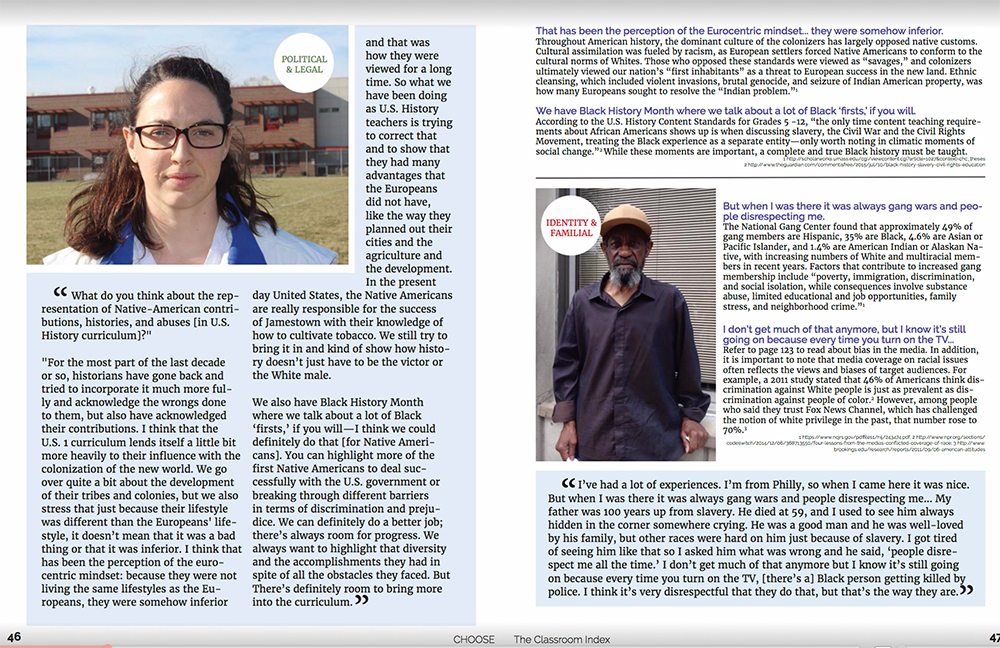 Vulchi and Guo began posting portions of the interviews, along with photos, on a website. Soon after, during the spring of 2015, the two attended a faculty meeting to present the stories they had collected as well as a plea: Talk more about race in class.
Teachers were pleased, but some said, “We want some action steps. Can you provide us with the tools to start these conversations?” Guo recalled.
So Vulchi and Guo decided to package the testimonials into a 50-page book that teachers could use for leading discussions of race in the classroom. That book was distributed in Princeton Public Schools’ fifth-grade classrooms.
The 224-page version is the second edition of the textbook, produced with some financial and technical assistance from Princeton University’s African-American Studies department. The new edition pairs more than 150 personal stories Vulchi and Guo collected with statistics, facts, and questions that can spur class discussion.
“It’s [designed] to really transform the hearts and minds of students and connect both intellectually and emotionally by using personal stories connected with discussion points,” Guo said. “It’s really a platform for listening and learning and sharing the untold truths of race in America.”
Putting the project together required a huge time commitment outside school. Guo and Vulchi often met up at 4 a.m. to work on the book before classes started, and they have spent many hours traveling to schools to train teachers in how to talk about race and host class discussions on the topic.
And their work will only continue after their June 21 graduation. Vulchi has been accepted to Princeton University, and Guo plans to go to Harvard University, but they hope to defer their enrollment for a year to work on a third edition of the book. A crowdsourced fundraising effort is in the works.
“We don’t mind losing sleep for this. We feel the need. We feel the urgency,” Vulchi said.
Submit a Letter to the Editor
June 4, 2017