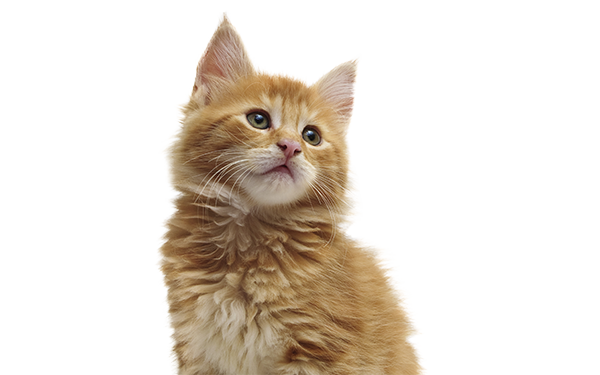 This article is one in a series at The Seventy Four which profiles the heroes, success stories, unexpected surprises and randoms acts of kindness to be found at schools all across America. Read more of our recent inspiring coverage at The74million.org/series/inspiring.
There was no shortage of inspiring school news in August. We visited Detroit, where 9,000 community volunteers signed up to repair a crumbling school. We checked out a Virginia high school that’s swapping out student lockers for laptop charging stations. And we were awed by a kindergarten teacher in Georgia who helped rescue a 5-year-old who was abducted from her school’s playground.
As amazing as these stories were, however, they represent only a small fraction of the inspiring things happening at schools around the country every week. Here are 18 other must-read headlines from the month of August: 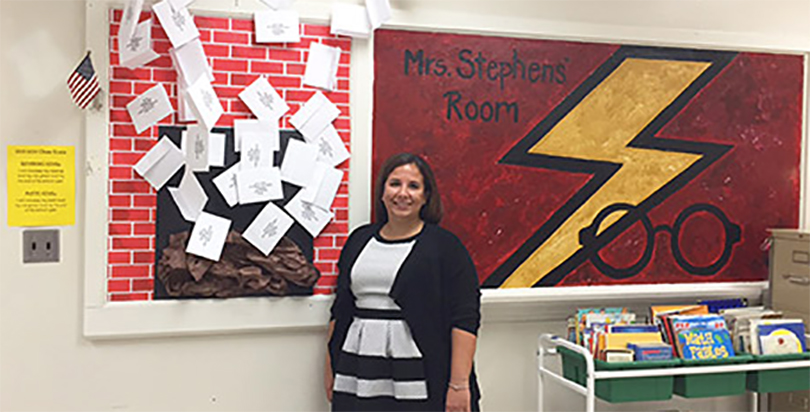 Courtesy Stephanie Stephens
August 27: Oklahoma middle school teacher surprises students with Harry Potter-themed classroom — Stephanie Stephens, an eighth grade special needs student at James L. Capps Middle School in Oklahoma City, converted her classroom into a school for wizards. Complete with potions, a three-headed dog stuffed animal and a place to hang cloaks, Stephens’ students are sure to discover their educational powers in this one-of-a-kind space. (Read more: UsMagazine.com)
August 13: New principal of Kansas elementary school once used to be its janitor — When Chris Lash stepped through the doors of Briarwood Elementary School as a kindergartner, he didn’t know how intertwined his life would become with the school. Lash would later become the school’s principal, attending night school to get a degree in education. He also fell in love with one of the school’s teachers, and they held their wedding in the school’s courtyard. Now, he’s the school’s principal, welcoming the newest class of kindergarten students into the school he knows so well. (Read more: KCTV5.com)
August 24: A “CEO Program” connects Illinois high school students to local entrepreneurs —  The first-ever Belleville CEO Program connects business-minded students with 40-50 local investors to learn how businesses are run. The course meets every day before school for 90 minutes. (Read more: The Belleville News-Democrat)

August 20: Alabama physical education teacher becomes viral sensation with cardio dance YouTube video — Silento’s single “Watch Me” (aka the Whip/Nae Nae song) has produced many a viral dance video, but one P.E. teacher in Alabama is taking the choreography a step further. Jared Paschall incorporates jumping jacks, pushups and other exercises into the dance, giving kids a way to exercise while enjoying their favorite pop song. At the beginning of his online video, which has racked up more than 450,000 views, he encourages health-minded students in other districts to bring the workout to their school. (Read more: WHNT.com)

I call this one "Hot Air coming over to check out what's on the roof at Page Middle" pic.twitter.com/I5spIwSkxX

I call this one sunrise over the school roof! Good Morning Page Middle. pic.twitter.com/7To53oEeDp

August 23: Tennessee principal fulfills promise to students, camps out on roof of middle school — Dr. Eric Lifsey, principal at Page Middle School in Franklin, Tennessee, promised to camp out on the roof if the school became the highest achieving middle school in Williamson County. Lifsey tweeted photos of his experience, including a sunset and hot air balloons in the distance. (Read more: WKRN.com)
August 19: Wisconsin high school becomes the first in the nation to use “Digester” to compost waste – The school board in Sparta, Wisconsin, put up $10,000 towards the purchase of the $25,000 machine, with area students raising the remainder of the funds. The machine is ultimately expected to reduce the school’s landfill waste by more than 50%. (Read more: WXOW.com) 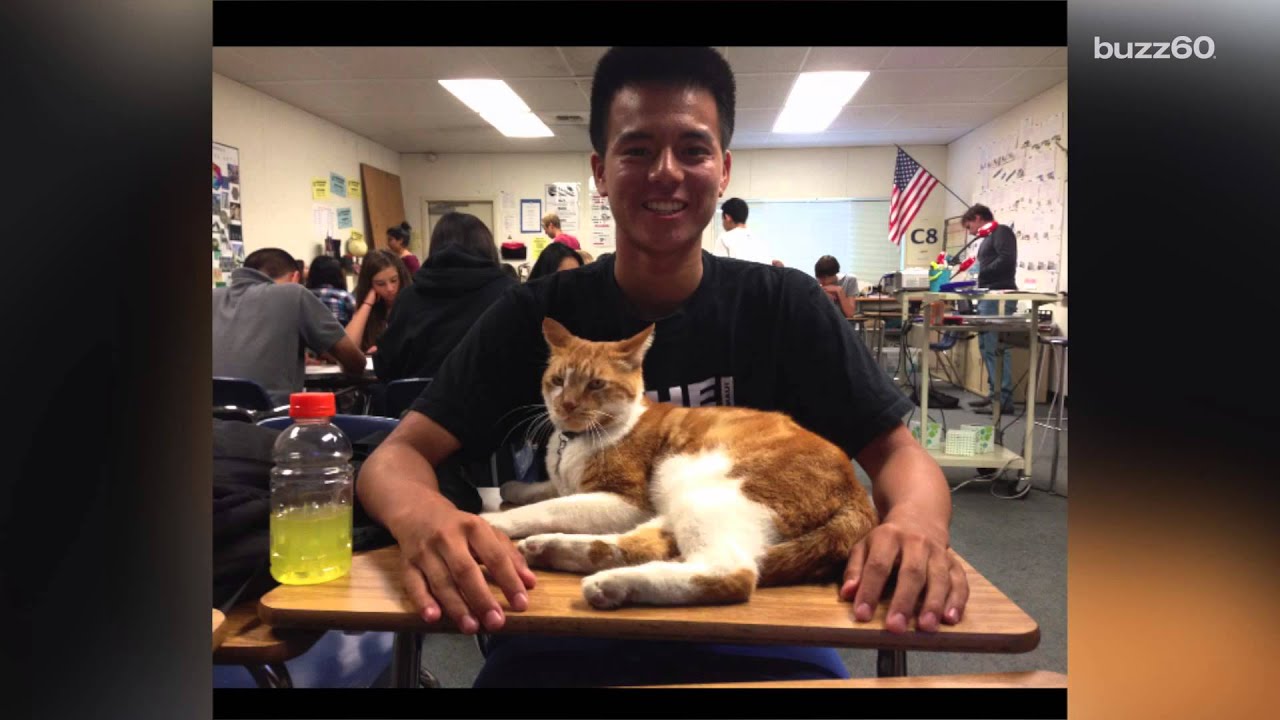 August 21: California high school issues official student ID to area cat who also attends classes — Some joke that Bubba, an orange tabby who regularly wanders the hallways of the school and meows when he wants to get into a classroom, has a better attendance record than any student. He’s also known to lie down in the middle of the field during soccer practice, demanding to be petted. (Read more: Mashable.com)

August 13: Indiana education foundation doubles the amount of money it donates towards innovative teacher projects — The Elkhart Education Foundation awarded more than $23,000 in grants to 11 projects at a reception. The projects, which will impact over 1,300 students, include exercise balls for a kindergarten classroom, iPads for remedial language arts training, and a trip to the U.S. Space and Rocket Center for girls interested in STEM. (Read more: The Elkhart Truth)
August 13: Biker pedals more than 1,000 miles to attend high school reunion — Jerry Lehman graduated Ferndale High School in Johnstown, PA in 1975. Two years later, he began dreaming of embarking on a long cycling trip to attend his 40th class reunion. This year, the Madison, Wisconsin resident finally made that dream happen, traveling 1,150 miles with his touring bike on a journey that took him past four of the five Great Lakes. (Read more: The Tribune-Democrat) 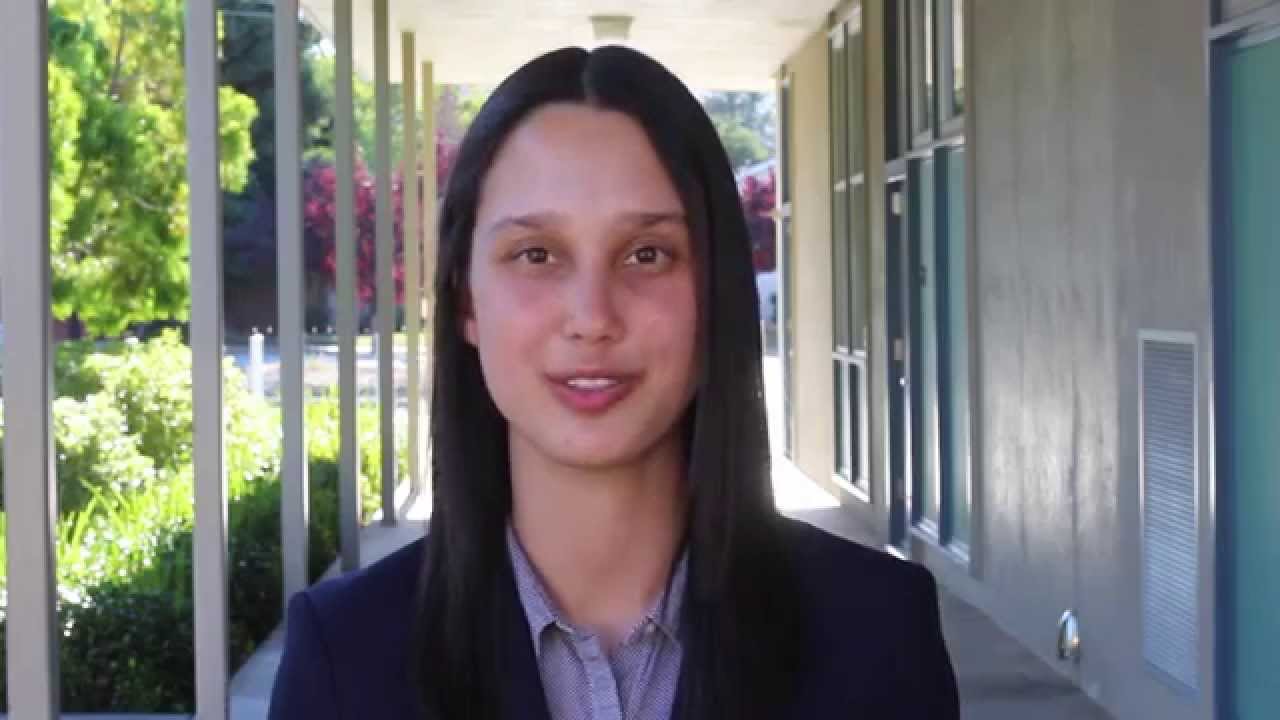 August 15: California high school student celebrates 18th birthday by announcing candidacy for public office —  Monica Mallon, senior at Woodside Priory School, announced her candidacy for District 5 board of supervisors in Santa Clara County. Mallon says politics has “become too much about money and special interests and less about representing people, and I think that needs to change.” (Read more: Bustle.com)