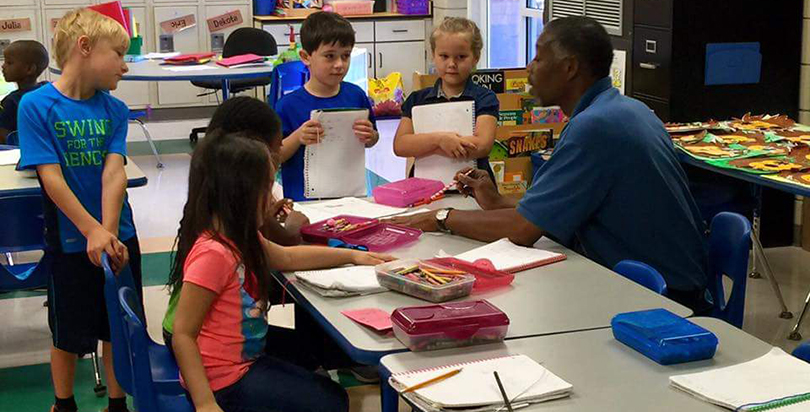 The history books will rate 2016 as a consequential year, known for its celebrity deaths, political tension both at home and abroad, and thrilling sports championships. But while the tragic and the shocking often grabbed the top headlines, it’s the smaller acts of kindness that truly make up the heart of humanity.
They’re not as flashy, but inspirational stories are arguably just as important as — and possibly more important than — what typically leads the evening news. They remind us to have faith in and be at peace with our fellow man. Nowhere is that more foundational than in schools, where a well-rounded education is increasingly parallel to a focus on kindness and inclusion.
Throughout this tumultuous year, we’ve highlighted stories of students, teachers, parents and communities making a positive contribution to the world around them. But we’ve saved the best for last. Here are 16 affectionate anecdotes from 2016 that will help you end this year on a good note:
January 15: Indiana schools help the needy, and reduce food waste, by donating unopened lunch items to charity — In schools throughout the state of Indiana, students leaving the cafeteria after lunch don’t throw their uneaten food away: They deposit it in special bins for donation to charity. Unopened milk cartons, bags of chips and untouched pieces of fruit make their way to local people in need, courtesy of the nonprofit Food Rescue. Ten percent of the state’s schools now keep food out of landfills and in the community where it is needed, more than any other state in the country. (Read more: RTV 6) 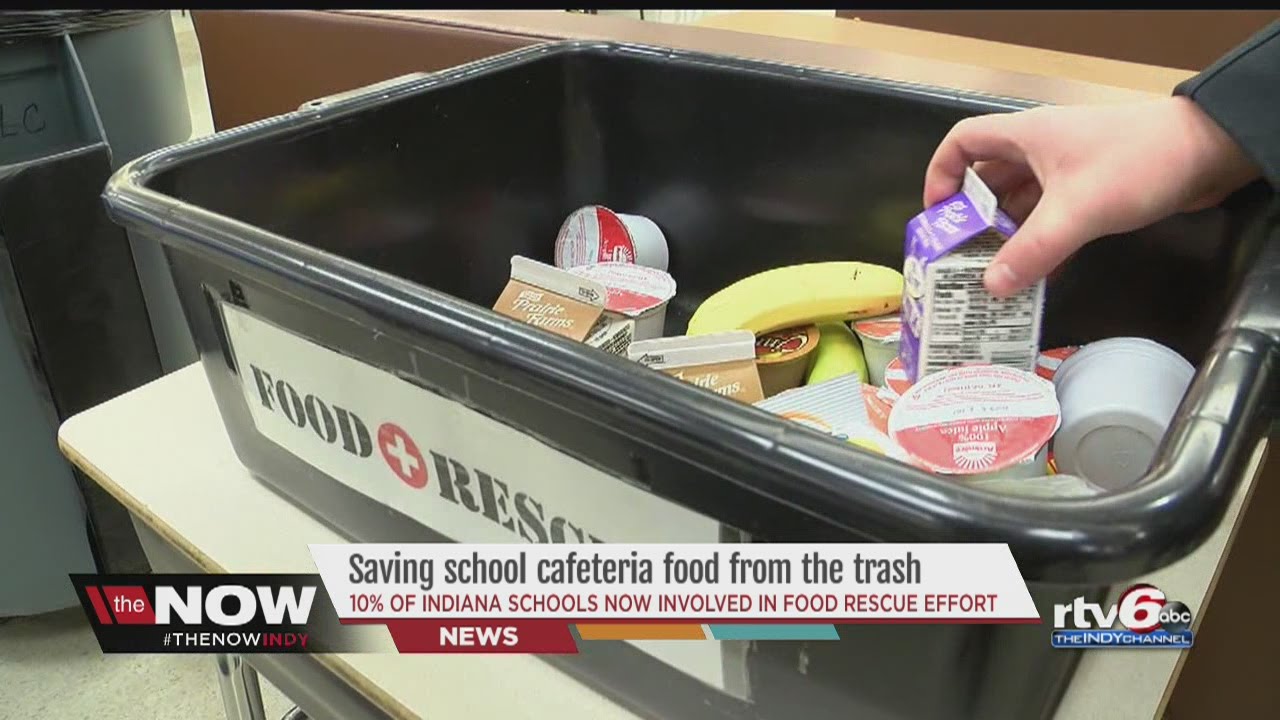 February 9: Chicago nonprofit provides books to incarcerated youth — Young people being held in juvenile detention have a particularly hard time getting the education they need to keep from descending into a life of crime. So when Mariame Kaba, founder of a grassroots organization called Project NIA, saw that the state of Illinois was not meeting requirements for full-time schooling for incarcerated youth, Liberation Library was born. The group has delivered more than 300 books to young people at three juvenile detention centers, and volunteers write notes and make bookmarks to encourage recipients to keep reading. (Read more: Medill Reports Chicago)

February 25: Illinois fifth-graders learn American Sign Language to communicate with deaf classmate — Though Rhemy Elsey, who has been deaf since birth, has a translator, his classmates at Mark Bills Middle School in Peoria wanted to be able to communicate with him personally. So they started a club to learn American Sign Language. (Read more: ABC News)

March 24: Virginia middle school students collect socks for the homeless — When Nora Farid, Jules Welch and Sami Saghir of Lanier Middle School learned that socks were the least-donated item of clothing to homeless shelters, they started a collection drive to address the problem. Dubbed Toasty Toes, the students’ effort collected 649 pairs of socks, which were donated to the Katherine Hanley Family Shelter in Fairfax. (Read more: Fairfax Connection)

April 14: Texas mom marks 36 years volunteering at local elementary school — They call her “Miss Angie.” Angie Gutierrez started volunteering at Zavala Elementary School when her daughter was 3 years old — and she’s been there ever since. Today, despite battling breast cancer, “Miss Angie” still shows up to encourage the kids, saying that just knowing one child feels loved keeps her going. (Read more: KRIS)

May 1: Alabama school raises money to buy a car for caring custodian — When Terence Lampley isn’t cleaning floors or scrubbing bathrooms, he can be found helping kids with their math homework or talking to an upset student. He’s such a smiling presence in the school that he never let anyone know he had lost his car in an accident and was walking to and from his job, 25 minutes each way. But kindergarten teacher Amy Parker found out and posted a note about the accident; the community came together to crowdfund a replacement for his vehicle, raising more than $9,000 from about 200 donors. (Read more: Dothan Eagle, GoFundMe) 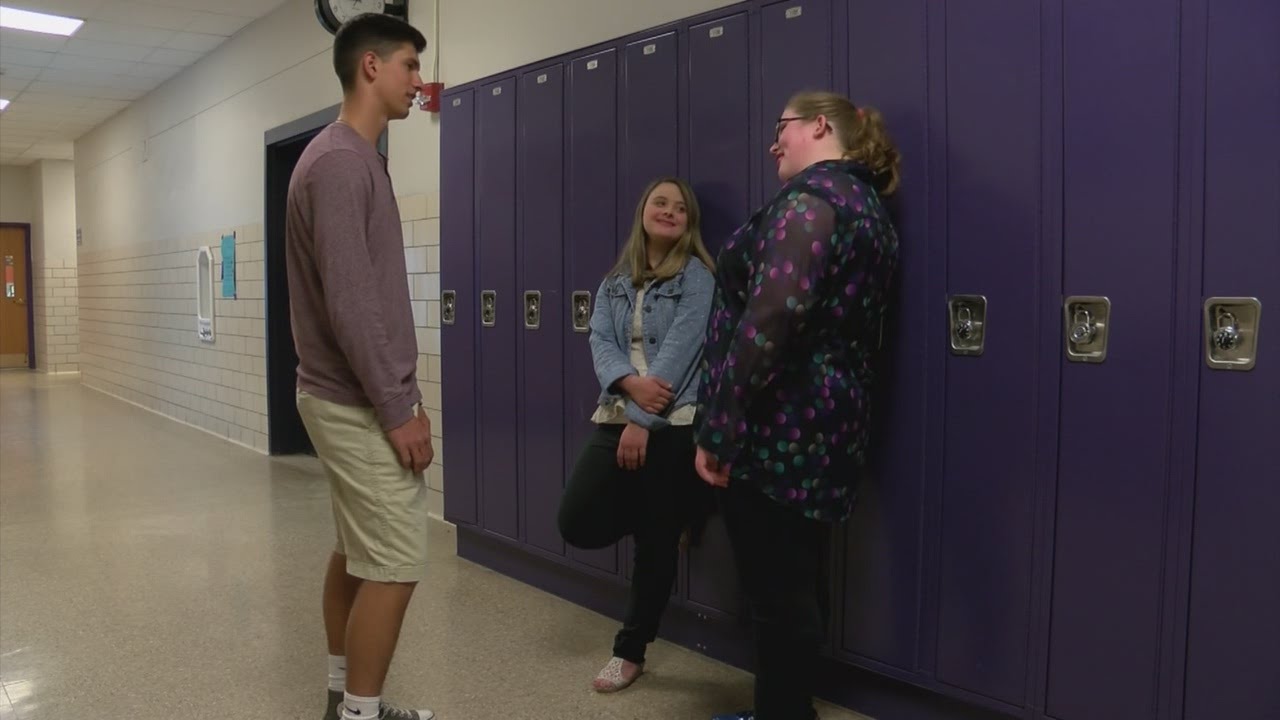 July 10: Retired Florida teacher donates $100,000 for homeless shelter planned at her former school — Angie Forest taught at Hurst Elementary School in Daytona Beach for 28 years. Now, the vacant 55-year-old building is being transformed into a homeless shelter for unaccompanied young people and families with children, in a district with some 2,300 homeless kids. Touched by the effort to help, Forest wrote a sizable check — and was only sorry she couldn’t give more. (Read more: The Daytona Beach News-Journal)

August 8: New Jersey elementary principal bikes around town, giving out books — With a bike and helmet donated by the local bicycle shop, Susan Haynes, principal of pre-K through second grade at Van Der Veer School, spent her summer riding around Somerville with books in her basket. She hit all the top spots where kids hang out — pools, the ice cream shop, parks — to make sure local children had some great summer reading material. (Read more: TAP Into Piscataway)

It's hard to find children outside w this heat~so we left books for when it cools off! #bookfairy @SchoolSup ??? pic.twitter.com/caPGUmQYvT

September 25: Georgia elementary school builds habitat for endangered monarch butterflies — Monarch butterflies have a safe place to feed and breed in West Forsyth, thanks to third- and fourth-graders at Kelly Mill Elementary School. The children had studied the endangered species for a year and planted a conservation area complete with milkweed where the butterflies can lay their eggs. The project is designed to both help the butterflies and raise awareness of their plight. (Read more: Forsyth County News)

October 21: Missouri high school students design and build wheelchair for toddler with spina bifida — Faith, a precocious 21-month-old who cannot walk because of a birth defect, was too small for a wheelchair. So when Vince Redman, a coach and engineering teacher at Liberty High School, found out, he and seven students raised money to design and build one just for her. Faith’s mom says the little girl hated the walker she was supposed to use but “took off within minutes of sitting in the wheelchair.” (Read more: KMOV)

November 10: Pennsylvania high school students donate hand-crafted board games to Toys for Tots — Every year for the past nine years, students at Hatboro-Horsham High School, led by technology education teacher Nick Pompei, have handcrafted games and toys to donate to the Marine Corps’ Toys for Tots program. This year’s project was a dual-sided chess and checkers board game. The students designed game pieces that could be used interchangeably for either game and then printed them individually on the school’s 3-D printer. (Read more: Montgomery News)

November 13: Cleveland Indians pitcher walks student through math problem on Twitter — It would be understandable if, after losing the World Series to the Cubs, Cleveland Indians pitcher Trevor Bauer would want to take some time out of the public eye. But the avid Twitter user, who studied engineering and computer math at UCLA, was on deck to help a student study for a math test. Maddie Martin asked a question about a graphing equation, and Bauer managed to provide an answer within Twitter’s 140-character limit. (Read more: Cleveland.com)

@BauerOutage oh and also do you understand the slope of a line and y intercept? I have a math test coming up I don't get certain things

November 29: Missouri high school student repairs donated bikes and gives them to kids — Van Horn High School Vice Principal Justin Woods noticed early on that freshman Paul Watson had a knack for fixing bikes. The school often receives donated bikes, so he had Paul start fixing them as part of his life skills class. He makes his repairs in a storage room that’s now called “Paul’s Bike Repair Shop.” The refurbished bikes are then donated to less-fortunate students in the Independence School District. (Read more: Examiner.net)

Magic touch: Van Horn student fixes donated bicycles to give to younger kids: The surprised grins on the faces of… https://t.co/6gwgxRI8Rk pic.twitter.com/ONa1NXZPkJ

December 2: New York Girl Scouts build picnic tables for middle school playground — When the members of Girl Scout Troop 40268 noticed the need for better seating at Lansing Middle School’s playground, they set to work learning woodworking skills. After raising funds for supplies, they built two picnic tables and presented the finished project to the Lansing Board of Education. (Read more: The Lansing Star)

These innovative Girl Scouts used their cookie earnings and woodworking skills to build and donate picnic tables to their middle school. pic.twitter.com/JlYLIRqx7t

Haven’t had enough? Reminisce with some great stories from The 74 from earlier this year:
CA High School Creates Gift for Blind Senior: a One-of-a-Kind Braille Yearbook She Can Read
New Jersey High School Serves ‘Breakfast After the Bell’ and Feeds 5 Times as Many Hungry Kids
Goodwill Excel Center, D.C.’s Newest High School Experiment, Designed to Help Adults Earn Diplomas
Colorado Spends $16 Million on H.S. Counselors — and Saves $300 Million in Safety Net Services
How One Middle School’s ‘Gentlemen’s League’ Is Fueling Extraordinary Results in the Classroom
Submit a Letter to the Editor
December 20, 2016