America’s New Education Law: 3 Experts on the Most Common Mistakes States Are Making With Their ESSA Plans 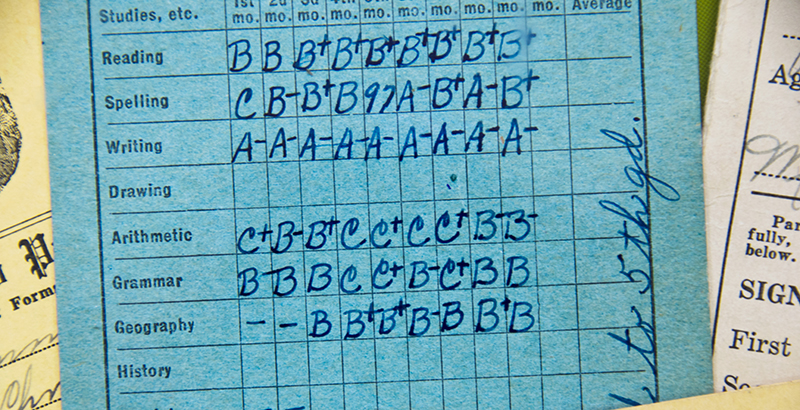 This article is part of The 74’s ongoing coverage of the Every Student Succeeds Act, and the new law’s implementation across all 50 states and the District of Columbia. You can follow our complete coverage here — and see state-by-state updates via our interactive ESSA map at ESSA.The74Million.org.

Earlier this year, the Collaborative for Student Success and Bellwether Education Partners brought together more than 30 education experts — Republicans and Democrats with state and national experience — to independently review the first 17 state ESSA plans submitted to the U.S. Department of Education.

While the results of that review can be found at CheckStatePlans.org, peer reviewers also shared their thoughts on different aspects of state ESSA plans — topics like what they were looking for, what they wished they had seen, and what they’re hoping to see in the second round. We’re sharing those thoughts as we lead up to the review of ESSA plans submitted by the 34 second-round states.

Reviewers had many different perspectives — and priorities — coming into the review. So, we asked them: What common mistakes are states making in their ESSA plans?

Here’s what they had to say:

1 Doug Mesecar, The Lexington Institute: Problems with identifying — and how to support — struggling schools

“States have generally struggled with how they will identify and support struggling schools for Comprehensive and Targeted Support and Improvement. This is a critical issue as states are gathering the data to make initial identifications at the start of the 2018–19 school year. If the process for identification is not clear, there will be a lack of buy-in from districts and schools, as well as confusion among stakeholders as to why schools are on the list. And, the process to support schools — and ultimately help them exit their status — has to be both comprehensive and targeted to the issues that caused low performance. If states don’t provide more clarity and energy around this area of their plans, we are likely to have schools that persist at the lowest tiers of performance, which means students will not be achieving success necessary for college, career, and life.”

“States made three common flaws in their ESSA plans: misaligning aspirations, goals, and accountability measures; basing their accountability systems on relative measures of performance; and not providing enough support for low-performing schools.

“It’s an empty statement if you say you value college and career readiness for all and then don’t include any true measures of that readiness in high school accountability ratings. And despite more than 40 states setting clear benchmarks for post-secondary attainment, not even a quarter of the states aligned their K-12 and higher education goals, which is a huge missed opportunity for kids.

“It’s also positive that ESSA provided considerable flexibility to include relative measures of performance, such as growth. Yet too many states took that flexibility to the extreme and based their entire rating system only on how a school compares to others in the state, without regard for whether schools are meeting high expectations. In this case, states have lost the trees for the forest.

“And finally, state responses to the types of support available for chronically underperforming schools were universally thin. ESSA largely devolves turnaround responsibilities to districts, but that doesn’t mean states should wash their hands of the responsibility. Simply providing more general ‘support’ is unlikely to meet the challenges these schools face.”

3 Liz King, The Leadership Conference on Civil and Human Rights: Accountability systems that fail to show how states will educate all students

“Our priority is making sure that these plans really are a declaration of a state’s commitment to educate all of its children. Unfortunately, we have seen too many states fail to meet that standard and show that their accountability system will truly identify whether a school is educating all of its children. ESSA is meant to raise achievement for marginalized students, and unless states rise to the occasion, that’s not going to happen.”