A Former School-Based Police Officer Was Charged With Negligence in Connection With the Parkland Massacre. Experts Call the Move Extremely Rare. But What Are the Broader Implications for School Safety? 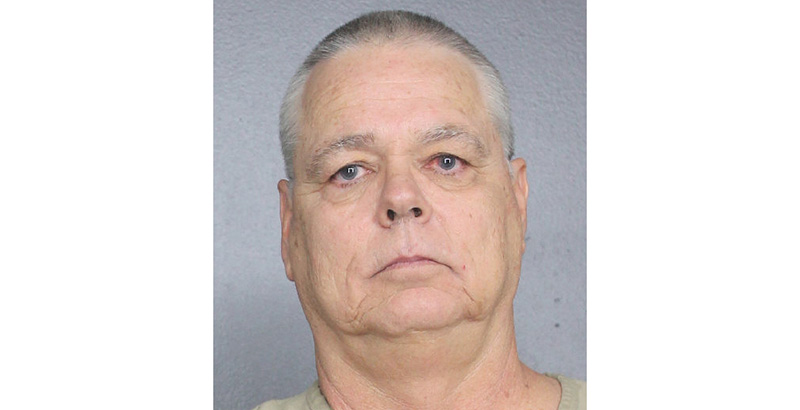 As shots rang out at Marjory Stoneman Douglas High School in Parkland, Florida, last year, Scot Peterson, a school resource officer assigned to the campus, chose not to engage the gunman — a decision that prompted a fierce national outcry and led to the filing of criminal charges against him Tuesday. Despite the episode’s unique local context, some school safety experts and civil rights advocates fear that the former officer’s arrest could have broader ramifications as anxious administrators and parents continue to grapple with school shootings.

Some critics said the arrest could cause some officers to adopt a more “militaristic” approach to combating school-based violence, or to avoid the job outright if the consequences of inaction could land them in jail.

“My fear is that other police departments will see this and they will start training in a more militaristic fashion in order to prepare for the very rare” school shootings, said Nadine Connell, an associate professor of criminology at the University of Texas at Dallas. “Look, 99.99 percent of school resource officers are going to get through their entire career and this isn’t going to be the thing they ever have to think about. But when you prime them to think about that, you get military models of policing.”

Given the severity of the accusations against the Parkland officer, however, some school officials expressed doubts that the arrest would set a dangerous precedent. Bob Farrace, spokesman for the National Association of Secondary School Principals, said he reached out to multiple administrators and school resource officers about the implications of Peterson’s arrest but heard no serious concerns.

“Just about all of the SROs who have shared their perspectives” on Peterson’s response recognize that the alleged behavior was “a clear departure from protocol,” Farrace said in an email. “Once upon a time, the protocol was to wait until SWAT arrived, but that has long since changed to the SRO’s engaging right away. Perhaps if there was more of a gray area, the criminal charges might have broader national implications for criminalizing professional judgement.”

In many parts of Florida, there was a sense that justice was finally being offered. Following former Broward County Sheriff’s Deputy Scot Peterson’s arrest Tuesday, parents who lost children in the shooting cheered the decision. Among those who lauded the arrest was Andrew Pollack, whose 18-year-old daughter Meadow was killed in the shooting.

“It’s been a long time coming,” he told the Sun Sentinel. “Accountability is all I wanted, and now it looks like it’s happening.”

The charges against Peterson follow an investigation by the Florida Department of Law Enforcement, which concluded that he failed to investigate the source of gunshots, retreated during the shooting and told other officers to remain 500 feet from the building during an episode that left 17 students and staff dead.

Peterson “did absolutely nothing to mitigate” the Parkland shooting, FLD Commissioner Rick Swearingen said in a statement on Tuesday. “There can be no excuse for his complete inaction and no question that his inaction cost lives.”

Peterson’s criminal defense attorney, Joseph DiRuzzo of Fort Lauderdale, didn’t immediately respond to a request for comment from The 74. But he told the South Florida Sun Sentinel that the state’s actions “appear to be nothing more than a thinly veiled attempt at politically motivated retribution” against Peterson. He said officials “have taken the easy way out” by blaming Peterson “when there has only ever been one person to blame,” referring to the gunman.

Peterson made his first court appearance Wednesday at the Broward County Main Jail, and his bail was set at $102,000.

It’s too early to know how the specific charges against Peterson — which include seven counts of child neglect, six of which are felonies, three counts of misdemeanor culpable negligence and one count of misdemeanor perjury — will pan out, but some legal experts have argued that prosecutors face an uphill battle in a case that may be without precedent.

Multiple school-safety experts said they’re unaware of another case in which a school-based officer was arrested for failure to protect. Meanwhile, multiple legal experts told reporters that officials used a legally dubious interpretation of the law to charge Peterson.

“Although as a father, legislator and human being, I believe that there is no societal defense to cowardice, the law has consistently and recently held that there is no constitutional duty for police to protect us from harm,” Michael Grieco, a Florida-based defense attorney, told the Associated Press. “The decision to criminally charge Mr. Peterson, although popular in the court of public opinion, will likely not hold water once formally challenged.”

In the year since the Parkland shooting, officials across the country have engaged in an often controversial push to increase police presence on school campuses. Proponents say school-based police are necessary to keep children safe. But critics, including civil rights advocates, argue that placing officers in schools leads to the criminalization of student misbehavior that has historically been addressed by school administrators. They have also highlighted federal data showing that students of color face disproportionate arrests at school.

Perhaps most crucially, there’s little research to suggest that school-based officers make campuses safer. Meanwhile, school shootings like the one in Parkland, while high-profile, are statistically rare. When such tragedies unfold, however, Connell said they set a dangerous “precedent for martyrdom,” as evidenced by several recent school shootings in which students hurled themselves at the gunmen to avert greater carnage.

Harold Jordan, senior policy advocate at the American Civil Liberties Union of Pennsylvania and an outspoken critic of school-based police, offered similar concerns. Jordan said Peterson’s arrest raises an important question for school leaders: What kind of officer do they want patrolling their hallways? Because active shooters often use firearms with high-capacity magazines and conclude their attacks in a matter of minutes, he said, an officer with SWAT experience may be best equipped to intervene. But school policing tends to center on the softer skills of developing relationships between students and officers.

“Those are very different types of police officers, both by training and temperament, in my experience,” Jordan said. “There’s a real contradiction in the rationale given for officers being placed in schools and for what these officers are expected to do.”

Though Jordan is skeptical of police in schools generally, he said officers with a SWAT-like mentality could contribute to a negative school climate for students.

“It’s one thing to say that ‘You’re in school because you want to keep somebody from coming in the door who is heavily armed to try to harm kids,’” he said. “It’s another thing when you have to look at each kid who is in the school as a potential suspect and a potential shooter.”

“I think it’s going to have a dramatic impact on school resource officers statewide,” he said. “If I’m an SRO, I’m watching this one really carefully.”

But school security consultant Kenneth Trump, president of the Ohio-based National School Safety and Security Services, said he’s skeptical that Peterson’s arrest will send a “shock wave across the country” absent a mass school shooting that mirrors the precise circumstances found in Parkland. He encouraged school and law enforcement officials to examine their own policing practices. He recommends a model developed by the National Association of School Resource Officers, which urges school-based police to act as educators and mentors in addition to law enforcement officers.

But Jordan predicted that Peterson’s arrest will have ripple effects throughout the education ecosystem. Police departments may reconsider whether to send officers to schools, he said, while school-based police could reconsider their jobs. It could also prompt confusion among school district leaders about their own liabilities.

“When you take one officer and make a national example out of that person,” Jordan said, “there’s no good outcome here.”