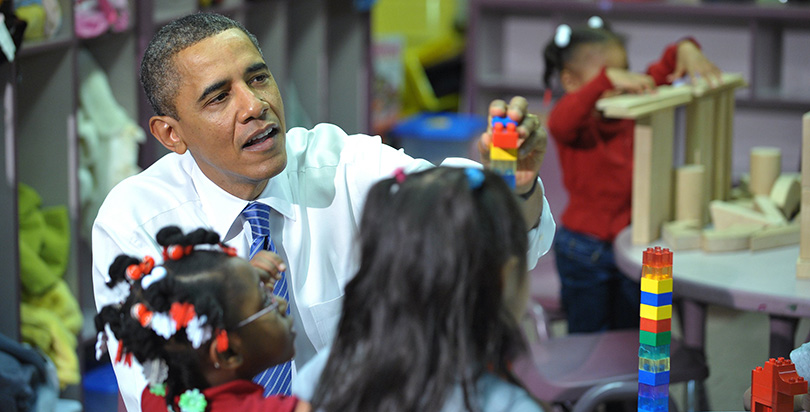 Even before the surprising election of Donald J. Trump, President Barack Obama’s legacy of public education reform seemed under siege. When Congress passed the Every Student Succeeds Act a little over a year ago, it abandoned a significant federal role in overseeing K-12 education policy and backpedaled on the data-driven accountability that Obama had championed.

But there is one part of the president’s education legacy that will stand, no matter what Congress or the new president decide to do: Obama’s vigorous support for public charter schools and teacher accountability has paved the way for other progressives to support those initiatives as well.

The president’s bold policies run counter to the popular narrative that only conservatives support public education reform while liberals side with the traditional education establishment. Now, there is a vital alliance of left-leaning activists who have taken up the fight to give all children access to high-performing public schools.

It’s easy to underestimate the significance of that shift. Historically, teachers unions have been aligned with the Democratic party and other left-leaning partisans. And those same unions have fought a pitched battle against public education reform, especially charter schools and increased accountability for teachers.

In 2000, Roy Barnes, then the Democratic governor of Georgia, tried to implement a modest reform agenda which would have, among other things, ended so-called tenure for new teachers in that state. In Georgia, as elsewhere, school administrators found it difficult to fire bad teachers, including some who simply didn’t show up for work.

But Barnes was met with fierce resistance from veteran teachers, even though his proposals didn’t affect them. They rose up en masse against him, and he was defeated for re-election. After that, many politicians — especially Democrats — were reluctant to take on school reform.

In the intervening years, teachers organizations have upped the ante in their battle against reform measures. They have mischaracterized charter schools as elitist institutions that drain public funds while serving only a small segment of students. They have insisted that performance-based evaluations penalize teachers unfairly. And they have pointed to the backing that wealthy benefactors such as Bill Gates have given the school reform movement to paint it, falsely, as a nefarious “takeover” of public schools by self-serving one-percenters.

Still, Obama stepped boldly into the fray, intent on tackling low-performing schools and turning up scrutiny on ill-equipped teachers and administrators. He created a Race to the Top program to give generous federal grants to schools that adopted performance-based evaluations for teachers and administrators and adhered to the Common Core; he encouraged the formation of more public charter schools; he hired as his education secretary Arne Duncan, who had implemented an aggressive reform agenda as chief executive officer of Chicago schools.

In doing so, Obama has given voice to an obvious truth that all liberals ought to embrace: a good school should be a birthright for every American child. The best way to help poor children succeed is to make sure that they have access to high-performing classrooms, excellent teachers and stellar education facilities.

You can’t do that by sticking to the traditional model, which is failing far too many kids — especially those in poor neighborhoods. While charter schools are no panacea, the best among them have improved student performance in core areas, including reading and math, according to research. Obama’s critical support has allowed some breathing space for education innovators and parents who wanted to break free of the traditional school model.

That’s not to say that liberal opposition to public charter schools has disappeared. The NAACP, the nation’s premier civil rights organization, adopted an ill-advised resolution last year calling for a moratorium on new charters. And many progressives are still swayed by the misleading statistics they hear from reform critics such as Diane Ravitch, a former assistant education secretary and dogmatic critic of reform effort.

But President Obama’s forward-looking policies provided sun and water to grow a nascent movement of progressives for public education reform. That movement will keep growing.